This spreadsheet summarises of the key travel patterns and trends relating to the TFL network and Airports around London.

Some of the borough level data has been analysed using these interactive charts. Click on the image to open.

The second graph shows the proportion of all road casualties by road user type and borough in 2010. The City of London has the highest proportion of casualties for pedestrians, and cyclists. 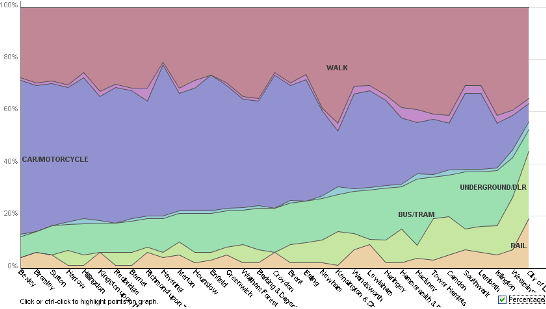 Some of the airports data has been presented in this one page factsheet that highlights some important facts about flights and passengers at London’s airports. The number one country where people have either come from or going to is the United States. 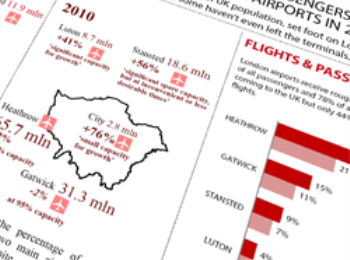