In 2009, the overall proportion of the London working-age population who were in work was around two percentage points below the UK figure but this does not begin to tell the story of London’s labour market. London is a complex city of extremes with significant differences between various sub-groups of population. It is important to understand which groups are doing well and those doing poorly.

This report, authored by Gareth Piggott in the Intelligence Unit, aims to shed light on some of the complexities of London’s labour market, beyond headline findings. It looks at employment rates and pay for different groups within the population and compares London with other regions and the UK average.

Read the report in PDF format. 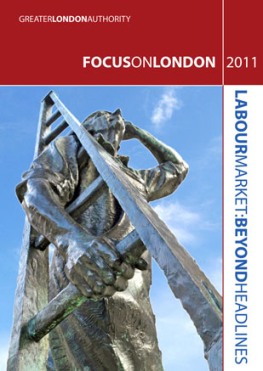 What factors influence a Londoner’s pay and probability of employment? This interactive presentation finds the answer to this question.

View the Labour Market Beyond Headlines presentation on Prezi

This motion chart shows how the relationship, between a selection of labour market related indicators at borough level, changes over time.

These interactive borough maps help to geographically present a range of labour market data within London.

All the data contained within the Labour Market: Beyond Headlines report as well as the data used to create the charts and maps can be accessed in this spreadsheet.

● Five boroughs with the highest employment rates among Black, Asian and Minority Ethnic (BAME) groups in 2009:

● Five boroughs with the highest rate of immigrants registering for a national insurance number in 2009/10 (per 10,000 residents):

● Five boroughs with the highest percentage of residents working part-time: